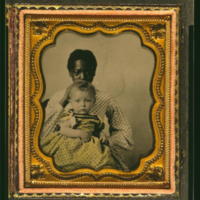 Early in the fall of 1862, an African American woman named Caroline Dennant arrived in Louisville. This wasn’t a happy homecoming, for she had no family in the city. Nor was it the endpoint of a successful escape from bondage.

Caroline’s is just one of the personally compelling and historically instructive stories that the Civil War Governors of Kentucky will help researchers and teachers tell. Hers is a story of race, slavery, emancipation; domestic service, motherhood, and gender; true crime, the law, and justice. 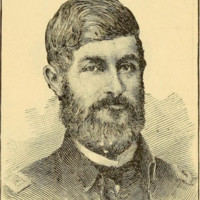 "Where I Now Stand:" The Trials of Robert Buffum

Robert Buffum served his government bravely and received his nation’s highest military honor. Then he reached out to it for help when the burden of that service became too much for him to handle. But he received none, and that was a tragedy for him. And his family. And that of his victim.

How can we use the Robert Buffum's story to better serve the men and women in our communities who have served their country? 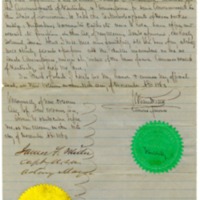 CWGK publishes a wealth of 19th century legal documents. This exhibit selects a representative example of a variety of documents and breaks down the parts of the document, its function, and where users are likely to see similar documents within the CWGK corpus.

Readers should keep in mind that the documents selected for this exhibit are usually complete and well formed examples of their kind. For a number of reasons including unfamiliarity with the legal system, inconsistent professional training, and the wartime shortage of government officials with so many men called into military service, CWGK contains more documents that share some or most of the characteristics of these selections but vary noticeably while serving the same purpose. All of this is to say that CWGK researchers will encounter a world where legal business was transacted in longhand.

Moreover, each CWGK document has its own history, not only reflecting its initial production but often showing evidence of passing through many offices and jurisdictions on its way to the governor's desk. Each document can tell its own story. Hopefully, this exhibit gives readers some tools to decipher some of those clues.

Each document contains contemporary definitions of legal terms extracted from John Bouvier's Law Dictionary (1856 edition), accessible in full here. CWGK editors have also added commentary on the individual documents and similar ones found in the edition. 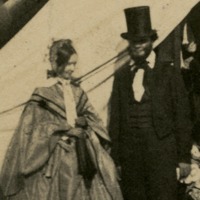 What is there to learn from Civil War Kentucky? Browse excerpts from CWGK documents to see the diversity of topics, themes, and voices contained in this unique collection.

Whether starting a new project or expanding a current one, CWGK subject guides are your introduction to this platform, geographically and chronologically at the heart of U.S. history writing and teaching.